The Jooste family (Lowell, Anne and their 4 children) relocated from Cape Town, South Africa to the delightful shores of La Jolla in 2012. They crafted the concepts for their business from their experience of managing family-owned Klein Constantia, and Anwilka vineyards which they shared with two eminent French winemakers.

Lowell is fourth generation in a family dedicated to the wine business and developed deep roots in the international wine scene during his 20+ year career in South Africa. Starting a wine business in Southern California called for a pioneering spirit and entrepreneurial innovation to be able to stand out in the newly developing urban winery industry. Inventiveness and reducing environmental impact became pillars of their distinctions. 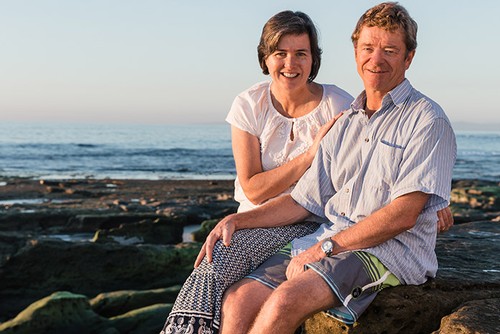 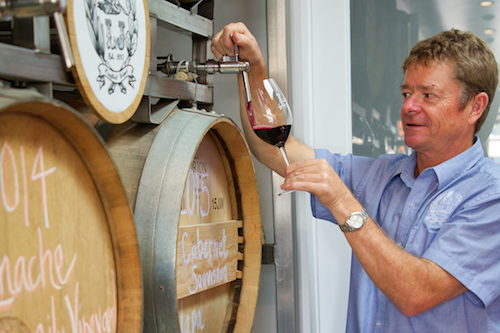 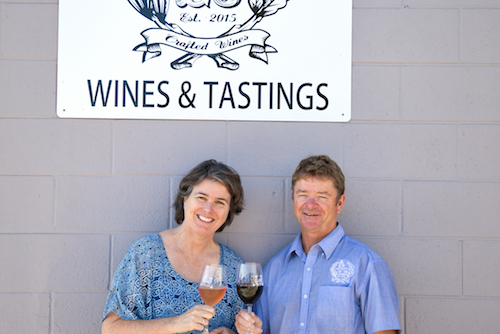 Born in Cape Town, Lowell Jooste is fourth generation in the South African Wine Industry. He received a Bachelor of Commerce degree from the University of Cape Town and later qualified as a South African Chartered Accountant. Deciding to return to his roots in the wine business, he became a visiting scholar at the Viticulture & Enology Department at UC Davis in 1986/7 and worked during the 1987 vintage at Robert Mondavi Winery in Oakville, Napa.

After his experience in California, Lowell returned to his family’s vineyard & winery at Klein Constantia, Cape Town, which had been bought in 1980 and was later sold in 2011. He and his father, Duggie, were fully involved in all aspects of the business. In 1997, Lowell bought Anwilka vineyard in the Stellenbosch wine growing area. In 2004, two eminent Bordeaux winemakers – Bruno Prats (previous owner of Ch. Cos d’Estournel) and Hubert de Boüard (owner of Ch. Angélus and La Fleur de Boüard) became equal partners of the vineyard. In 2012, Anwilka was merged into the Klein Constantia company.

LJ Crafted Wines was born from an intention to reduce environmental impact, which inspired creative thinking around standard practices in the wine industry. To break with normal methods of bottling and packaging by adopting the use of growlers seen in the San Diego craft beer industry, Lowell focused on developing a delivery system which would enable wine to be served directly from the barrel. His innovative, patented apparatus, aptly named the “Wine Steward,” allows wine to be served repeatedly from the barrel in which it is aging while maintaining the integrity of the barrel’s remaining contents. Lowell has supplemented the role of the barrel, the traditional and beloved component of winemaking, with his high quality, hygienic and simple technology that has the potential to change how wine is offered – the distinctive feature at LJ Crafted Wines Tasting Room.

He was a visiting student in viticulture & winemaking in 1986/7 at UC Davis and thereafter worked at Robert Mondavi Winery, Napa. During that time he became good friends with Tom, a La Jolla native. 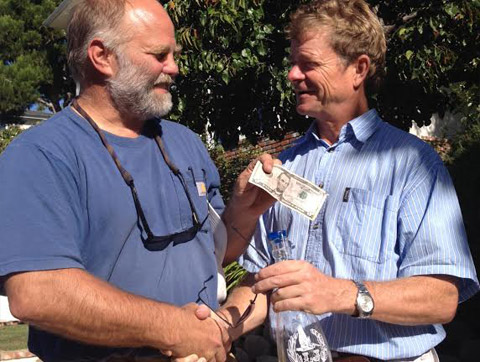 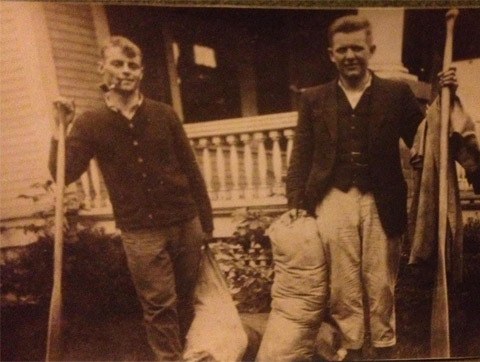 Our logo has been carefully considered to best reflect our long-established family’s richpast and future intentions. We have chosen to blend this heritage with a more light-hearted element, hence the fun circus-like ‘Ring Master’ font.

The pelican is a symbol of our home in La Jolla’s Bird Rock, while the wreath of oak and olive branches symbolize heritage and achievement, respectively. The horseshoe shape represents luck, while the ribbon ties it all together in harmony.

As Lowell shares La Jolla’s initials, it was decided that the new adventure be called LJ Crafted Wines.

You know you want to

Keep up to date on the latest wine releases, events, and promotions.